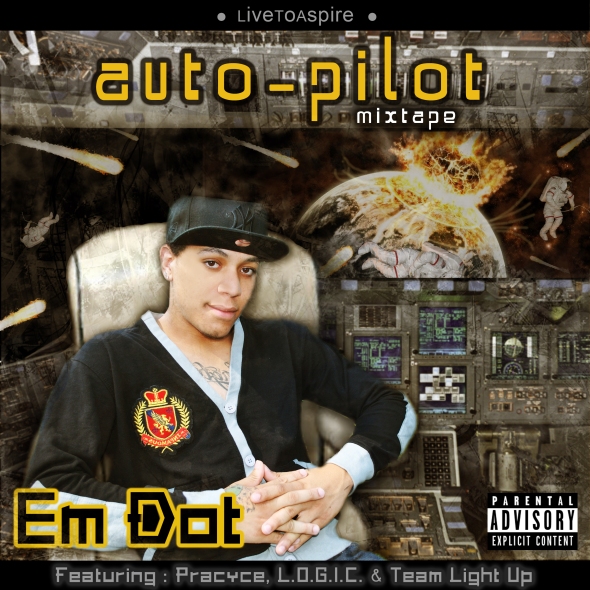 Em Dot is the second up for the H.I.M. movement. After listening to his debut mixtape with the H.I.M. movement, you will learn his versatility, his ability to keep you tuned in on his harmonizing hooks. Also, the mixtape features tracks along with, Team Light Up, Pracyce, L.O.G.I.C., and many more… Make sure you download & tell everyone you know to get Em Dot “Auto Pilot Mixtape” hosted by Esperanza “Espee” and Em Dot himself.

Check out the track listing below: