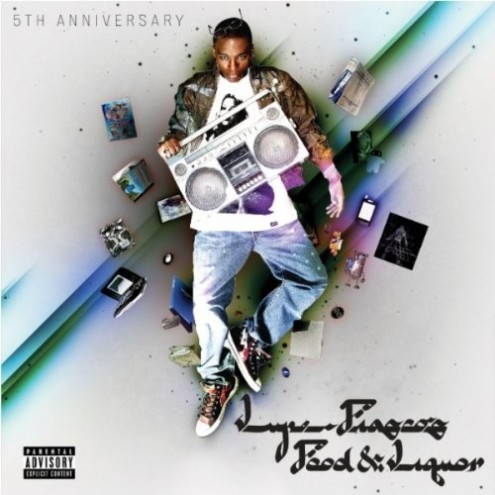 For those of you who don’t know (if you’re fans you should), today officially marks the 5 year anniversary of rap/hip hop artist Lupe Fiasco’s first album release on 1st & 15th/Atlantic Records, Lupe Fiasco’s Food & Liquor.

Just a little background info, the album debuted at #8 on the Billboard 200 & received 4 Grammy nominations, including one for Best Rap Album. it included production from The Neptunes, Kanye West, Mike Shinoda, Jay-Z & Fiasco himself. The lead single for Food & Liquor was “Kick, Push”, followed by “Daydreamin'” (feat. Jill Scott) & “I Gotcha” (Prod. by The Neptunes).

Fiasco digitally re-released an anniversary edition of Food & Liquor on Sept. 13 which includes 4 bonus tracks, as well as the videos for “I Gotcha” & “Daydreamin'”. He also did a live webchat earlier today in honor of the occasion, answering questions and just talking to his fans. You can click on the following link to check it out if you missed it:

In the meantime, here is the video for the lead single “Kick, Push”. Enjoy people!